With great golf weather, the big club championships took place in the GC Adamstal on August 24 and 25, 2019.

A counting game was played on the 18-hole championship course on both days. Anyone who made the cut with 101 strokes or better after the first round was also able to demonstrate their skills on the second day.

We can congratulate our Maja DULTINGER with great applause, because she won not only in the youth category, but also won the title of this year’s club champion with 171 overall strokes. With an impressive 145 strokes Timo WÖLL emerged as the winner and thus as the club champion of the GC Adamstal this year.

As part of the club championships, an 18-hole stableford tournament was held on Wallerbach on the second day. In group A, Erika KARITNIG won with 40 net points. In group B, Stefan BELADA leads with 41 points and the winner of group C is Petra REISINGER with 29 net points. 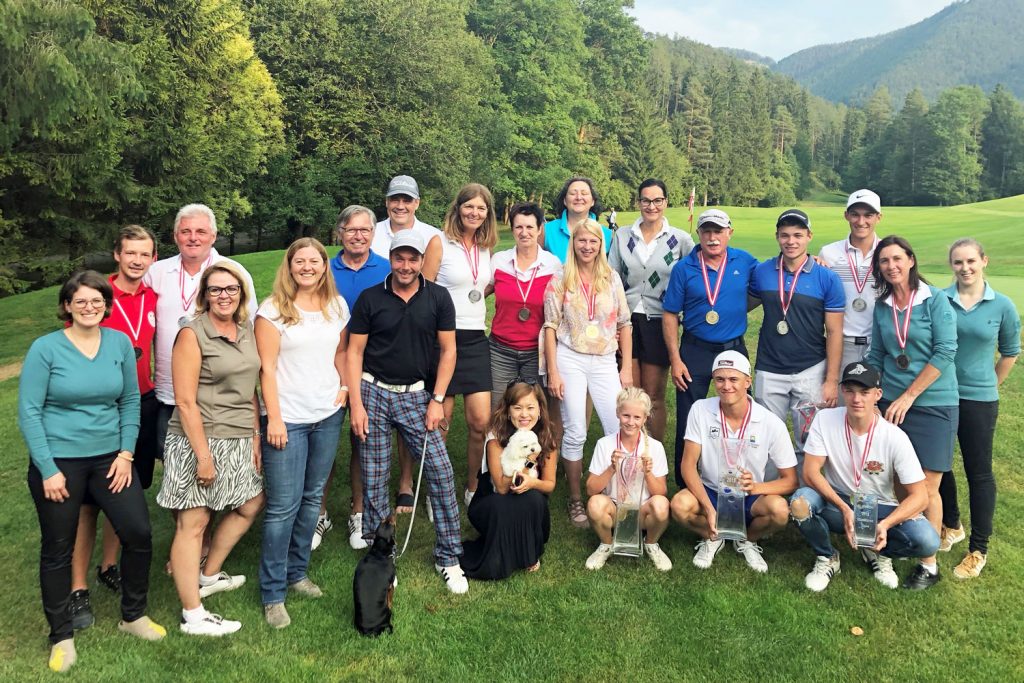